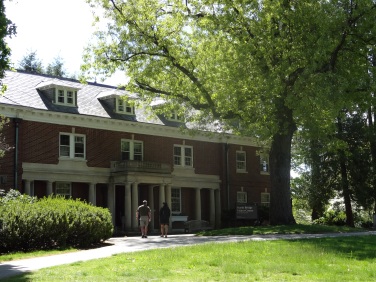 The decade-long political feud between the British government and the American colonists, determined to retain their rights as British subjects, came to a devastating climax as British regulars clashed with colonial militia and minute men on April 19, 1775 at Lexington, Concord’s North Bridge and on the long, bloody road back to Boston. The fighting that began that day soon grew into a war for independence that lasted more than eight years. Many years later, Ralph Waldo Emerson used the phrase “the shot heard round the world” to describe the significance of this event.

The story of Minute Man is more than just the events that took place at the North Bridge and along the Battle Road in 1775. Minute Man is also the story of an evolution of the ideals of freedom and liberty, and new notions of cultural independence and citizen responsibility which led to a revolution in American literature the following century. The ideals of both revolutions continue today and serve as an inspiration to people throughout the world.